In a letter that reveals part of the Wilco “Old Boy Network,” Dee Hobbs, the Williamson County Attorney, played patsy for the Taylor City Attorney, Ted Hejl.  Hobbs wrote a roadblock letter designed to deceive Taylor citizens about a violation of the Taylor City Charter.

They have deliberately deceived the citizens and lied about their oaths to uphold the law. 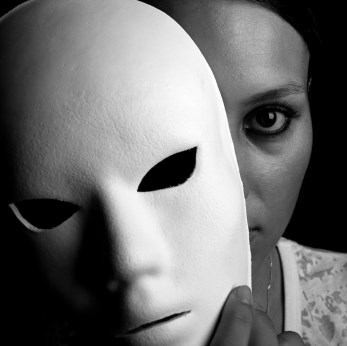 The controversy began when Mr. Herb Brinkmeyer filed a complaint with the Taylor City Attorney alleging a recently elected City Council member was in violation of the Taylor City Charter.  Ted Hejl refused to give Mr. Brinkmeyer a response to the complaint for more than two weeks.

The Taylor City Attorney refused to provide an answer, obviously because he did not want to go on record.  Exasperated, when Hejl would not do his job, Mr. Brinkmeyer resorted to filing the complaint in Taylor Municipal Court.

The complaint then became a Taylor Municipal Court legal complaint to be adjudicated.  The details of the complaint are important because the issue is about our Constitution, our State laws, and the Taylor City Charter which are the established basic rules for governing the city.

Those governing rules may have problems.  If so, we need to properly change them, not ignore or deceive the citizens about them.  It is about our democracy and citizens being able to rely on our deliberated and approved decisions.

Taylor is a home rule city in Texas.  That means Taylor citizens can create their own city charter which sets out basic rules for how the city is governed.  The current Charter was approved by the citizens and is comparable to a Constitution for the City.  The rules, in the Taylor City Charter, address the qualifications required of City Councilmembers.

Ms. Christine Lopez is a Taylor Councilmember, elected in May 2016.  Ms. Lopez, and her husband, own Black Stallion Lawn Care Service.  The business Ms. Lopez owns has a service contract with the Taylor Housing Authority, a division of the City, and was seeking to do more business with the City of Taylor.  Both are conflict of interest violations.

During a City Council meeting on June 30, 2016, the Taylor City Council prepared to consider agenda item #6, “Consider releasing proposal for mowing services.”  The preparation included Ms. Lopez recusing herself from the Council work and publicly acknowledging she had a “conflict of interest” based on her business engaging in the proposal.

The act of Ms. Lopez recusing herself for agenda item #6, due to a conflict of interest, was confirmation that Ms. Lopez was in violation of the Taylor City Charter which defines the qualifications for a Councilmember.

The Taylor City Charter requires that any “Councilmember who shall cease to possess any of the qualifications herein required shall immediately forfeit and vacate such office.”

Mr. Brinkmeyer complained to the City Attorney that Ms. Lopez’s recusal is evidence she is in violation of the City Charter “conflict of interest” provision and should, as the Taylor City Charter requires, immediately vacate the Councilmember position. 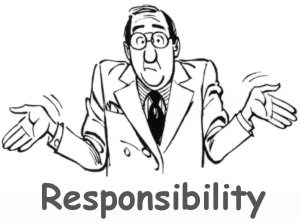 Still refusing to professionally address the issue, Ted Hejl, then solicited Dee Hobbs, the Williamson County Attorney to write a letter on the issue.  Reading the letter, it becomes obvious that Ted Hejl asked the County Attorney to try to fool the Taylor citizens.  Hobbs cooperated and wrote the letter dated August 23, 2016.

What is so striking, about the letter that Hobbs wrote, is how it deals with the issue and what it does not say.  It was one “good ole boy,” Dee Hobbs, trying to take care of his long time network friend, Ted Hejl, while ignoring the Taylor City Charter violations.

So, cooperating with Ted Hejl and Mayor Jessie Ancira, Hobbs tried to fool Taylor citizens by using a roadblock strategy claiming it is the wrong venue and procedure for the complaint and that it will therefore be dismissed by the court.

Most incredibly, the County Attorney, who is supposed to support and uphold our laws, does not offer or suggest any reasonable means of resolving the issue, or the correct venue, or procedure.  He simply wants it to be vanished by the power of his letterhead and pronouncement that it will be dismissed by the court.

Taylor City Attorney, Ted Hejl, wants to be able to point to the letter and scratch his head as though he has done all he could do.  It was orchestrated. 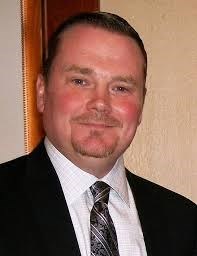 Williamson County citizens should take note and measure the corrupt nature of Hobb’s August 23, 2016, letter.  What County Attorney Hobbs did not mention, and what he does not want citizens to recognize, is that our Constitution, our State laws, and the Taylor City Charter have been violated.  If that is not so, then why did he avoid providing a legal opinion on those matters in his letter?

The most incriminating evidence is that the Attorney General has published a handbook entitled "2010 Texas Conflict of Interest Laws Made Easy."  While the title dates the publication to 2010, the book is current and the laws have not changed.

The handbook explains conflict of interest, the Government Code Chapter 171, and specifically explains in paragraph 3, page 2 that:  "A city may by ordinance or city charter, if it is a home rule city, adopt other provisions defining or prohibiting conflicts of interest."

The Taylor City Charter does prohibit substantial conflict of interest, as defined by Texas law, and specifically states:

The Taylor citizens have adopted, by the Taylor Charter, a prohibition against any substantial conflict of interest as determined by Texas law, (TX Gov't Code 171).  Dee Hobbs, Jessie Ancira, and Ted Hejl have conspired to deceive Taylor citizens about that Charter requirement and that it is valid and is required to be enforced.

They knew Ms. Lopez was in violation of the Taylor City Charter and she is illegally occupying the Taylor District 1 City Council seat. Wilco Attorney Dee Hobbs, Taylor City Attorney Ted Hejl, and Taylor Mayor Jessie Ancira are blatantly scamming, deceiving, and lying to the Taylor Citizens.   It is the "old boy network."

These individuals cannot be given public trust.  When they took their oaths of office they swore to uphold the law, they lied.  When they pledge allegiance to "the principles" of our nation, they lie. These men dishonor themselves and disrespect our form of government and laws and all those who have fought for and stood to defend this nation. 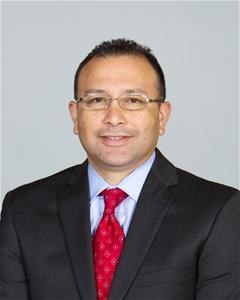 If the substantial conflict of interest laws and the Taylor City Charter are unworkable, then we need to change how they are written and not create the precedence and tyranny of bypassing and ignoring our Constitution, laws and City Charters.  They were written well before the Councilwoman was elected.

The “old boys” want Wilco citizens to get accustomed to the rules being violated when it might benefit their network.  Their blatant lies show they work very hard and dishonestly to support those who they can add to their network and call on to do their bidding in the future.  We see their work in the 96% pay raises the County Commissioners gave to the road bond contractors and the Taylor Housing Authority missing $2.5 million.

Williamson County Attorney, Dee Hobbs; the Taylor City Attorney, Ted Hejl; and Taylor Mayor Jessie Ancira, are working together to fool and lie to Taylor citizens and the evidence shows citizens should be concerned about these elected and appointed individuals having any influence over our government and our tax dollars.