The same complaint that was made to the Texas Attorney General (link above) was also used to dispute the arbitrator fee, charged on my American Express, on the grounds the arbitrator violated my rights and failed to perform the required calculations.  The arbitrator had the opportunity to defend against my dispute to his fee.

which show the lawsuit document was fraudulent

Finding 12:   Mowdy met and Hughes met to negotiate the terms of a two page contract dated August 18, 2009 (the Contract").  Although Mowdy and Ms. Cobb were informally married at the time the the Contract was signed by Mowdy, the Contract does not include Ms. Cobbs signature.

Finding 19:  The Contract states that the Contract Document include certain documents that exist (emphasis added) at the time that the parties enter into the agreement:  The one page agreement, Contractor's Estimate, Payment Schedule, Color and Style Addendum, Drawings Specifications and "all addenda issued prior to execution of" the Contract.

Finding 20:  The contract further states that the Contract Document may be modified, in writing, after execution of the Contract.

Finding 21:  The contract does not indicate the modifications may be unilateral.  Any changes to the Contract need to be by mutual agreement of the parties.

Finding 51:  The lien is incorrect, at best, for several reasons including:  it states that all of the attachments are the Contract, and it does not provide all just offsets and credits.

The actual findings document is below: 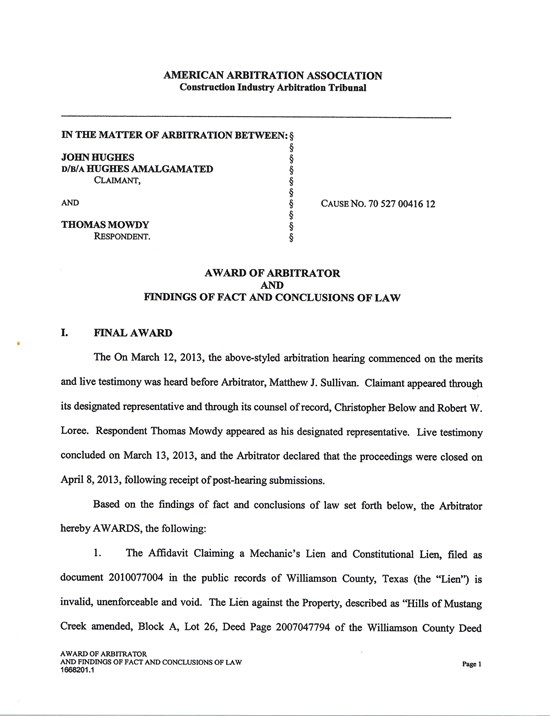 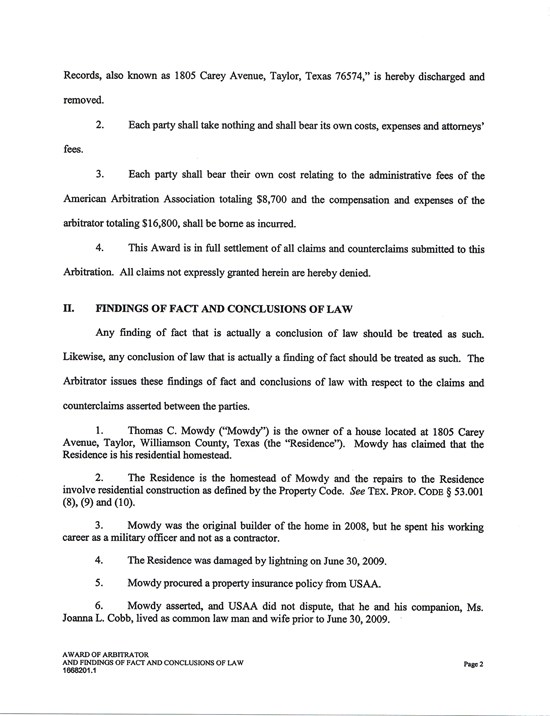 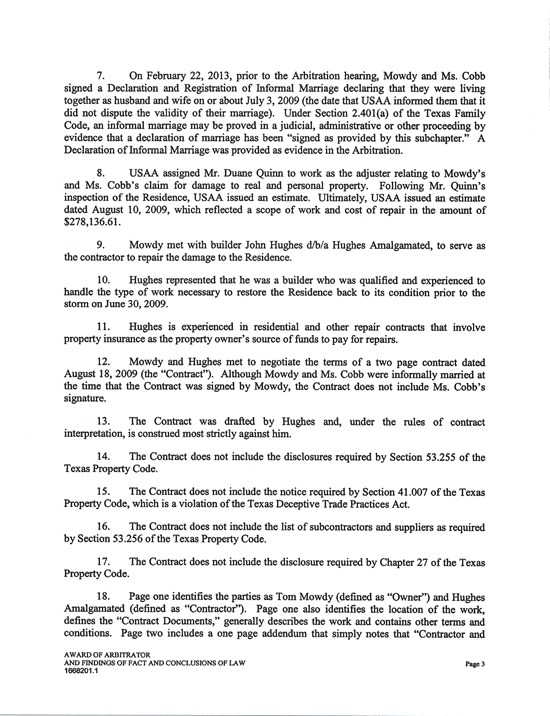 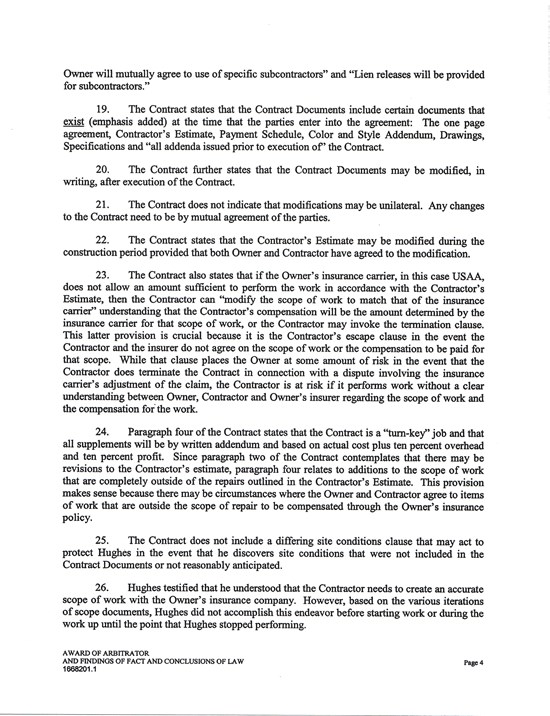 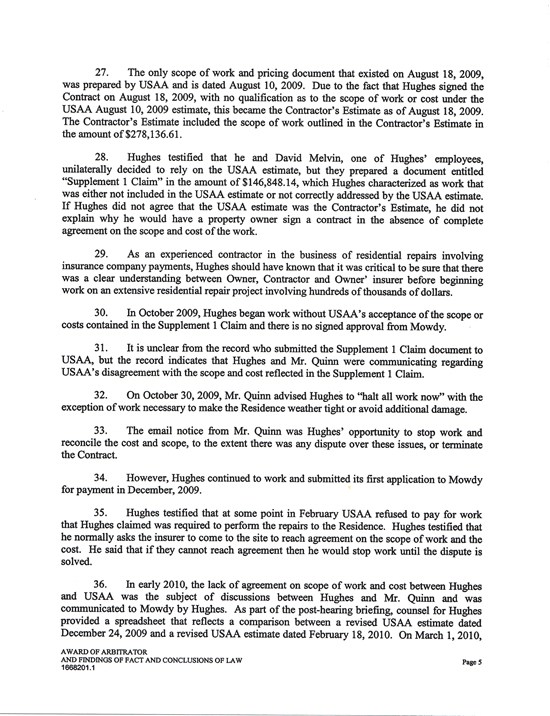 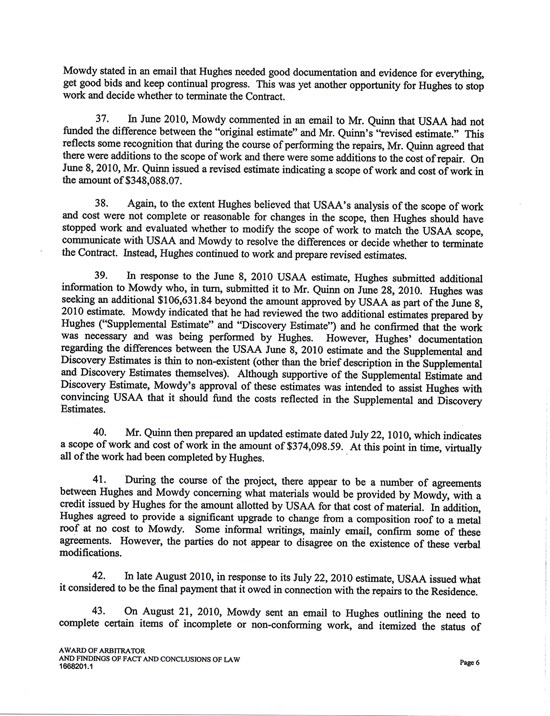 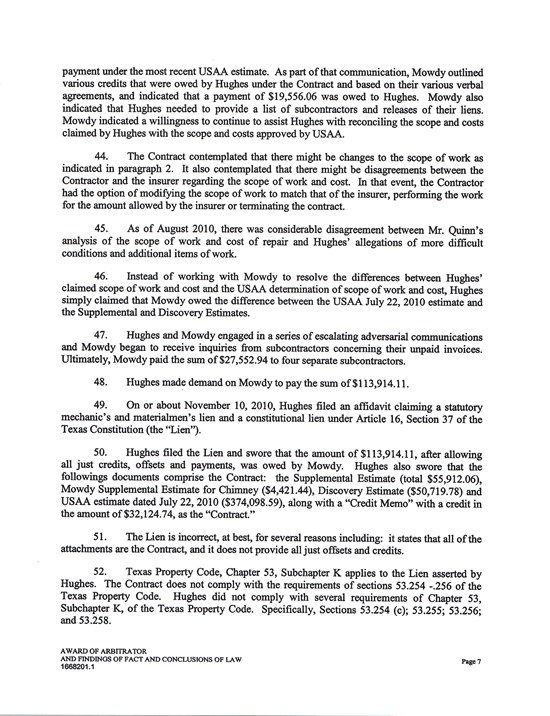 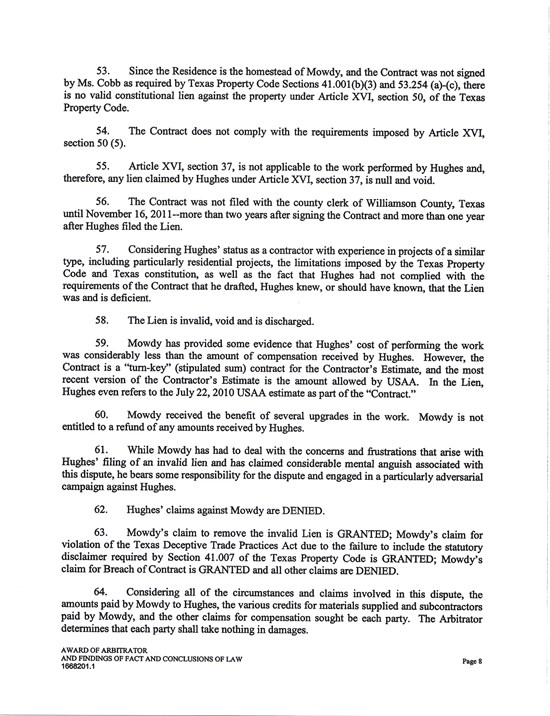 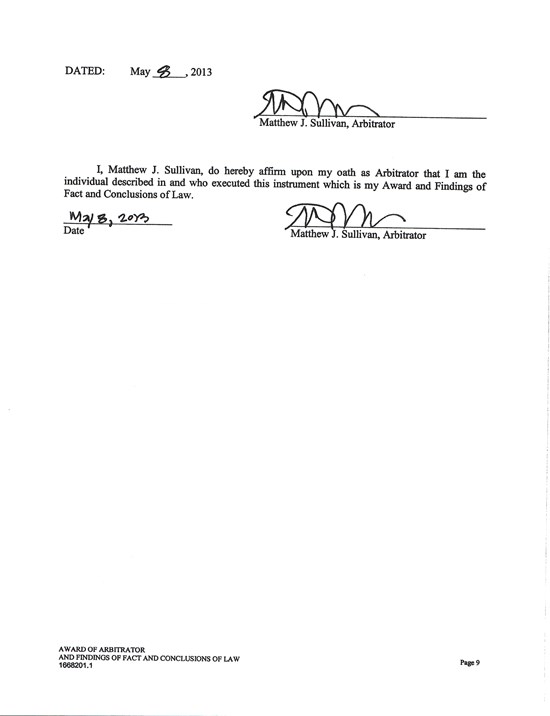