The Arbitrator Refused to Perform Some Duties

The document below, is a request for clarification was sent to the American Arbitration Association for the case.  The arbitrator refused modification.  Mowdy disputed the arbitrators charges for the reasons explained below and in the Attorney General complaint.  American Express credit card, where Mowdy charged the fee, agreed with the evidence and refunded the $12K arbitrator's fee to Mowdy. 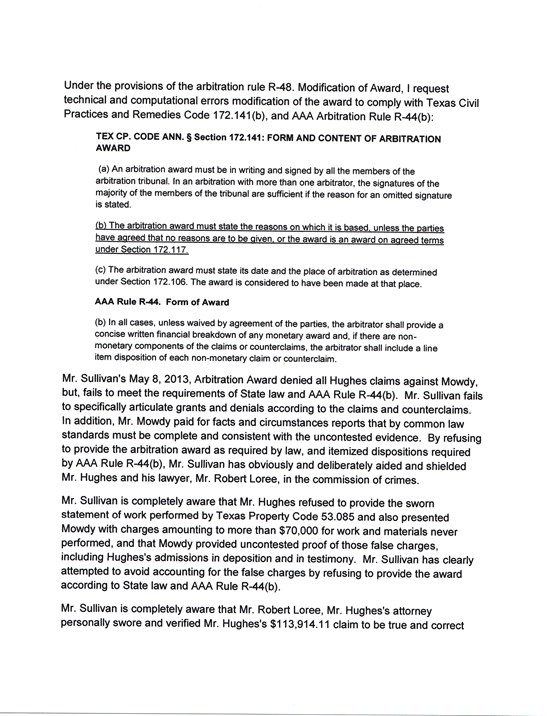 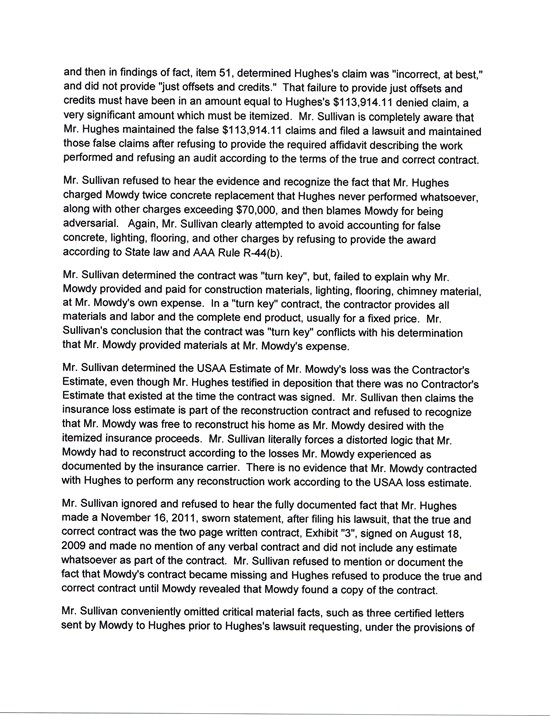 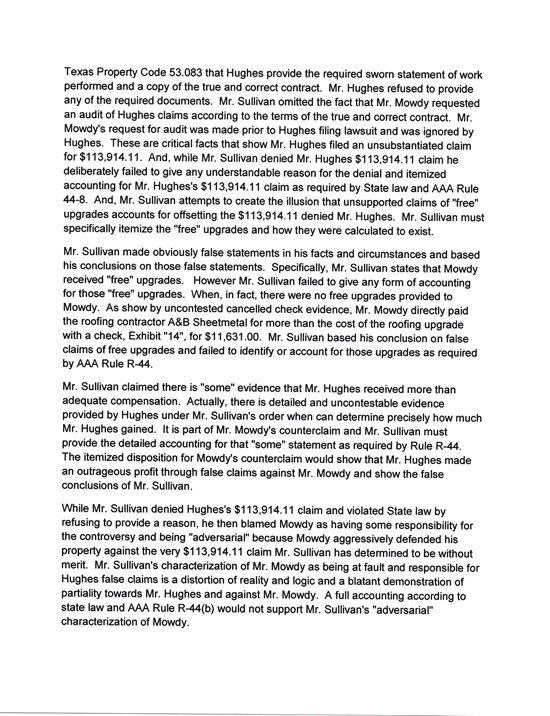 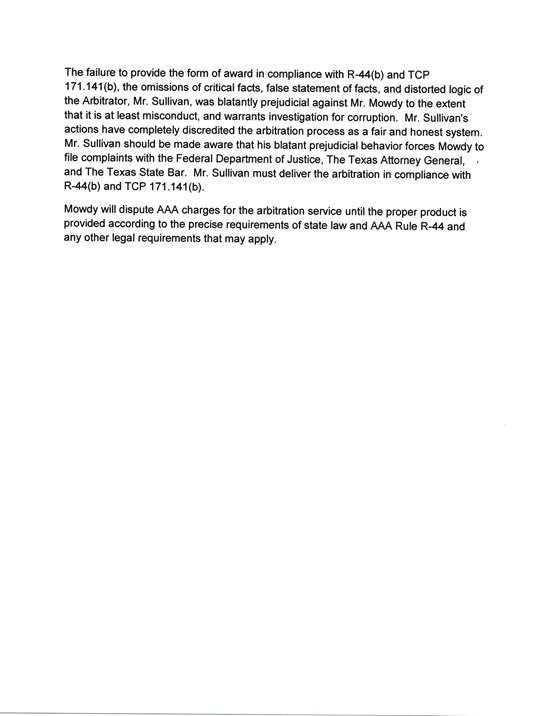