The contractor falsely swore, in writing a document was the contract act of Tom Mowdy, and filed that writing in two official proceedings.  First, a lien claim then in a lawsuit. Texas Penal Code Chapter 32 Fraud Sec. 32.21 defines those acts as forgery.

When committed twice, the intent to harm is presumed. When committed against an elderly person, the charge is elevated to the next higher level.

The arbitrator findings, and the 277th District Court confirmed the document filed by the contractor was claimed to be the contract act of Tom Mowdy when it was not.

The contractor himself confirmed the document was false with his two conflicting sworn statements. 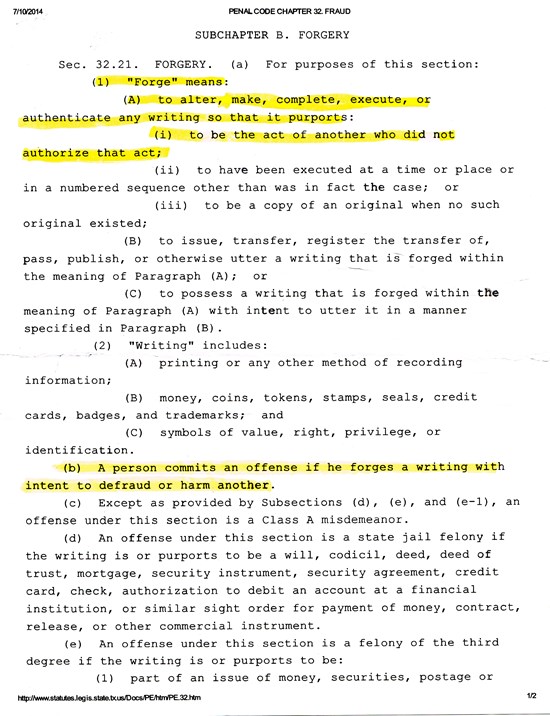 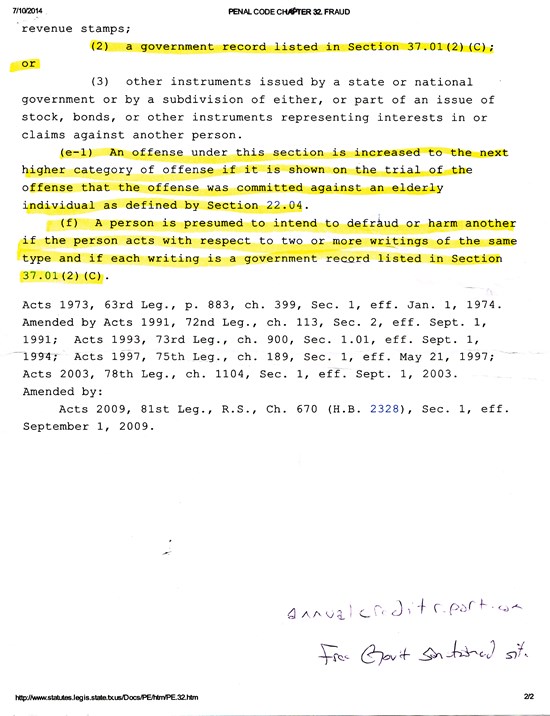