Fraud corruption reported by an anonymous tipster led to a Federal investigation of the Taylor Housing Authority.  The October 2, 2014, Housing and Urban Development (HUD) report indicates more than $1.7 million in financial irregularities.  The report has been referred to the HUD General Counsel for possible criminal charges. 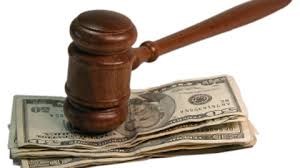 The Michael Morton case revealed how bad it can be.  While there was DNA evidence available to be examined, Williamson County officials refused to call for fair and just action. Wilco DA at the time, John Bradley, refused to allow blood evidence to be analyzed which resulted in protecting District Judge  Ken Anderson, who wrongly prosecuted Morton.   In the end, it took a New York lawyer, someone from outside Texas, to bring justice to Morton.

Ken Anderson, former Wilco County and District Attorney, was punished by three days in jail for knowingly sending an innocent man to prison for 25 years.  Not one sitting Williamson County Commissioner would stand to seek justice for Morton and they all acted to protect the convicted Wilco District Court Judge, Ken Anderson, and another wayward judge who finally resigned after two women complained of sexual harassment.

The anonymous tipster was smart to avoid Williamson County and the Attorney General authorities.  The October 2, 2014, HUD investigation found and reported evidence which indicates significant fraud in the Taylor Housing Authority.