Did the Taylor City Attorney ignore felony crimes against THA?

Taylor, TX., May 16, 2016  -  What would you expect your attorney to do if that attorney had reason to believe a crime was committed against you?

You might think your attorney would tell you and help you present the appropriate law enforcement authorities with evidence as soon as possible?  That is probably what most people would think.

But, that is not what the records indicate happened.  An October 2, 2014, HUD Inspector General investigation indicates the Housing Authority of the City of Taylor (THA) was swindled out of over $2.5 million in apartment real estate and the continuing annual cash flow exceeding $700,000. 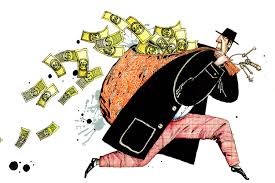 According to the records, what happened was the City Attorney was asked to look into the THA losses.  The City Attorney did not tell the Mayor, and there was no legal action until years later, after the losses were made public by a federal agency.  Then, the Taylor City Attorney filed a civil lawsuit which said it was a crime, but, there is no record he ever reported it to law enforcement, then, or now. 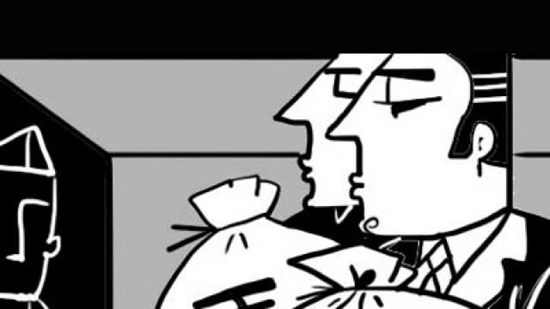 Since 2008, our money keeps flowing to the alleged criminals and the civil suit lawyers.  And, we can expect that to continue.  Here is what the records show.  (In case you aren't aware, if you click on the underlined passage, it will show you the actual record. How quick depends on your computer speed.)

The November 13, 2012, THA Commissioners Board meeting minutes provide a record indicating something was wrong at the housing authority.  According to those minutes, item 5, the Chairman of the Board tasked Secretary, Steven Shorts, to “provide a full written report on how and why the apartments on Mallard Run and Debus no longer belonged to the Housing Authority.”

The next THA board meeting minutes, dated January 22, 2013, indicate the Secretary submitted a resignation which was accepted by a majority 2 to 1 vote.  There is no written record of who voted the “nay” vote.   The three voting Commissioners were Gray, Rangel, and Hortenstine.

Then, at the meeting after Secretary Shorts resigned, THA Chairman Gonzales announced that Ted Hejl, the Taylor City Attorney, “is looking into the separation of Mallard run & Heritage Oaks from the Housing Authority.”

Put the three consecutive meetings together and it appears something big had happened!

On November 13, 2012, Secretary Shorts was asked to provide a report on lost assets and cash flow.  Then, at the next meeting, Shorts resigned.  One meeting later, the Taylor City Attorney was asked to “look into” the separation of real estate assets from the housing authority.

Sounds like the Secretary’s resignation had something to do with the property loss mentioned by Chairman Gonzales at the November 13, 2012 meeting.

The March 12, 2013, THA minutes record shows Ted Hejl, the Taylor City Attorney, was asked to investigate the legal circumstances.  But, from that day, nothing happens for 15 months.   And the cash continued to flow for all that time, and to this day, to Steven Shorts’s control.

Yes, to the control of the Secretary, who resigned!  Steven Shorts had set up two non-profit organizations, staffed them with local citizens, and without authorization transferred everything to the non-profits which he now directs.

It is also important to establish the legal relationship between THA and the City of Taylor.  Texas Government Code (Sec 392.006 and 392.011), Texas Attorney General published opinions, and multiple court decisions since 1954, have all determined a municipal housing authority is a division of the municipality that created the housing authority.  It is a legal fact that THA is a division of the City of Taylor.

On March 12, 2013, the THA Board Chairman, documented an apparent communication with the Taylor City Attorney, Ted Hejl, regarding THA’s loss of $ millions.

However, according to the open records request made to the Taylor City Clerk, there is no record of the City Attorney or the THA, notifying the Taylor Mayor, or Taylor City Council of the City losses from THA that had been continuing since 2008, or any of the circumstances surrounding that multi $ million loss.

There has been no record presented indicating what the Taylor City Attorney found after he was asked to look.  Or, that any actual “looking” took place.   The multi $ million matter seems to disappear between the March 2013, THA minutes, when the City Attorney was asked, until more than 15 months later. 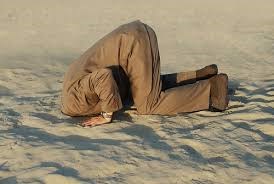 Then, on June 10, 2014, the THA board approved a motion to hire Ted Hejl, the City Attorney, to respond to the Housing and Urban Development (HUD) Office of the Inspector General (OIG) audit findings.

There is no evidence the City Attorney was hired based on anything he discovered and reported during his “looking.”  The evidence shows he was then being hired to address a HUD OIG audit report.   An audit caused by an “anonymous tip” that alerted the HUD OIG to THA’s property loss problems.  The same problems the City Attorney was supposed to be “looking into.”

Following the anonymous tip, a HUD OIG audit was performed, and the findings were published on October 2, 2014.  The findings were that THA had lost $ millions in assets plus a continuing annual cash flow that exceeded $700,000 since 2008.  The evidence was all very obvious.

The HUD audit identified solid probable cause to believe felony crimes, involving a real estate value exceeding $2.5 million plus the large annual cash flows, had been happening since 2008.  All those assets and the continuing cash flow were unlawfully taken from THA.  The report showed probable cause evidence to believe those felony crimes had been committed against THA and the City of Taylor.

The HUD audit became public knowledge and, considering the losses, there was a need for some accountability.  So, the Taylor City Attorney filed a January 2015, civil lawsuit that claimed the former THA Secretary, Steven Shorts, had forged documents effecting the transfer and control of THA assets to two separate non-profits Steven Shorts controls today.

In that, January 2015, civil lawsuit, the Taylor City Attorney alleges the property transfers were illegal, the rent cash flow was being illegally collected each month, two unauthorized non-profit boards were functioning with the same five individuals on each board, that those five individuals plus Steven Shorts now control and manage the properties, and all these things were committed by a single contract public service employee.

The Taylor City / THA Attorney alleges it all began in, or before, the year 2008 and has been continuing since.   The Attorney gives evidence of the illegal acts.  Evidence that existed in March 2013, when he was asked to “look into” the problem.

There are many questions.   Was the City Attorney actually asked to look into the loss?  If not, why did the THA Chairman make such a statement, on record?  If he was asked, what did he do?  What did he find?  Weren’t the illegal transfers apparent in 2013?  THA is a division of the City of Taylor, why is there no record of the City Attorney notifying the Mayor, or City Council?

Who are the Taylor citizens sitting on the “unauthorized” non-profit boards now controlling the properties and the cash flow?  What are their relationships with the City / THA Attorney?  How has the City’s losses affected those who need housing help?  Where has the $ millions in cash flow been going?  Why did it take an anonymous tip to a federal agency to motivate any legal action?  What took so long, while the evidence was clear and the money continued to flow?

The records show the criminal evidence was there when THA asked the City Attorney for his timely and accurate advice.  The facts were clear and obvious well before the HUD audit.  The Taylor City Attorney could have filed a criminal complaint that would have seized the assets and cash flow in 2013.  But, there was no criminal legal action ever, by the City Attorney.  There was a civil lawsuit filed months after the October 2, 2014, HUD audit became public.

The evidence shows that if not for the anonymous tip, the audit, and public awareness, there would not even be a civil lawsuit.  He filed a forced and belated civil lawsuit that will drag on, but, any evidence of multi $ million felony crimes against the city was otherwise ignored by the Taylor City Attorney. 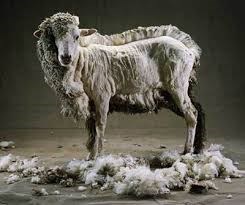 To put this in a financial loss perspective, the last IRS 990 filed for the Mallard Run apartments tells the money story.  Steven Shorts, the individual who now controls Mallard Run was compensated more than $110,000 for working 10 hours per week as the Executive Director for fiscal year 2013.  Steven Shorts lives in Arkansas and Mallard Run has only 40 apartments.

The Mallard Run non-profit paid another $374,309, in FY 2013 salaries, for managing those 40 apartments.  Including Shorts’s compensation, the annual salary cost was a total of $484,309, or more than $40,000 per month, in salaries to manage the 40 Mallard Run apartments.  The management salaries did not include maintenance or other costs.  Without a transparent criminal investigation, very few people will ever know who received that money.

The multi $ millions property and large annual cash flow loss is nothing less than your money being stolen from you, every month, while our elected leaders do nothing but fear what Taylor citizens would find out if there was a competent investigation.