in Texas and Williamson County 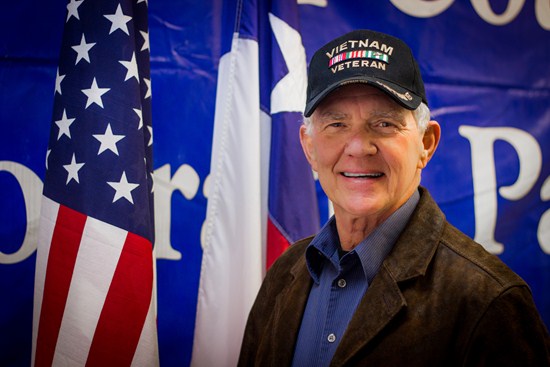 My objective is to research, investigate, and expose the corruption in our courts, county, and cities, making voters aware, and helping to create and maintain good government in Williamson County Texas.

Elected county officials are handing taxpayer money to their friends.

Williamson County courts have become a farce of judges willing to ignore our laws, and human rights and dignity while they knowingly support a corrupt and predatory legal industry designed to maximize profit while destroying individuals and families.

Please get to know me at:  http://www.tommowdy.com/about_tom

I don’t know what all veterans feel when they see government corruption.  Not all veterans have the same experiences.  Most never see combat.  Actual front line combat is experienced by less than 10% of all veterans because most of war is logistics, communications, and command and control.  Only a small percentage of the military engages the enemy face to face.

I’m one of those who engaged the enemy face to face as an Assault Helicopter Flight Leader in Vietnam.  During my time in war, I expected to be shot at every day.  The 1st Cavalry Division (Airmobile) infantry I delivered into battle had it worse.  It is difficult to hide a whirling noisy machine hanging less than 5 feet above the ground in a small landing zone surrounded by trees, vegetation, and people who want to kill you. From standing in the door, the infantry would jump out into battle from my helicopter, and I would go get more infantry.  Dodging enemy fire coming and going. On average, my unit would complete two combat assaults each day.

Yes, my feelings and expectations are connected to the most intense times of my life, fighting for my nation.  We were fighting for, a system of government we could trust and against a government that could not be trusted.  I can’t suppress my feelings, because it would be to ignore myself, and all those who died, were wounded, and served somehow, somewhere, and especially at the front lines with honor and visions of justice and a nation they could respect and trust.   My father taught me to have this feeling, he was a combat medic who landed on Normandy Beach, on D-day, and fought the NAZIs from North Africa to the Elbe and the end of WWII in Europe.

I expect, and demand, the honest government we all thought we would have when we took those oaths and fought those battles.

All the avoidance and denial behavior is clearly designed to protect political friends who are part of stealing public assets and whose behavior should be questioned by citizens and law enforcement as a corruption racket. It is all about a lot of money, the continuing theft of cash flow that was intended to help elderly, disabled, and unfortunate citizens with housing programs, and thereby protect and improve the community.

Yes, it happened. Sometime before March 12, 2013, the Taylor City Attorney, Mr. Ted Hejl was given probable cause to believe major felony crimes were committed against THA. That fact is documented in the THA Board minutes. Ted Hejl’s client, Mr. Ed Komandosky, appears to have been involved in those crimes.

Taylor Mayors, to include Mayor Jessie Ancira and Mayor Brandt Rydell, and other council members know about these crimes and have abandoned their sworn oaths and principles. They support the crimes by ignoring the truth.

Mayor Brandt Rydell used the Taylor Council Chamber for fradulent political theater.   He presided over a disgusting public ambush on Councilman Garcia with a pack of lies.  Rydell should apologize, but, he won’t.   Rydell and his cohorts, do not have the moral spine to demand a criminal investigation into the HUD Inspector General's evidence of the THA felony crimes, or apologize for publicly supporting false claims against a good and honorable man who refused to be a puppet.

Thank you for signing up!